One issue which iOS users always complain about is the boring icons. Ever since iPhone was released, the interface of icons on home screen is changed just once which also took Apple 7 years. Yes, iOS 7 was the first major overhaul of iOS operating system.

Now since iOS 7, the icons are the same. One other problem is that users cannot do anything about it. Yes, you cannot change the icons on your iPhone, iPad or iPod Touch. This is where Cydia rescues the ambitious users. It allow you to change the complete look of your iPhone, be it a Winterboard theme or a ringtone. However, before you can achieve this, you need to jailbreak your iPhone.

One note about jailbreak: if you jailbreak your phone, you will be able to customize it and install what you want on it. But the downside is that the jailbreak is detectable by apps and services online, and those apps may no longer function for you as those apps have committed to blocking devices that have been jailbroken (in solidarity with Apple). This may not be a big deal to you, but just know that there are several social media apps and even banking apps that will not work on jailbroken phones.

Get Animated 3D Icons on iPhone with Vision Cydia Tweak

Vision tweak is new addition to Cydia that allow users to change the iPhone homescreen, thanks to its 3D icons. With this tweak, your iPhone screen will look like 3D. It will create 3D icons for all the installed apps that will follow the movement of your hand. 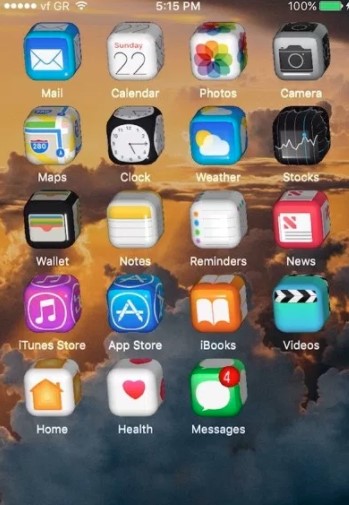 Apart from its beautiful icons set, Vision tweak allow users to customize it according to their will. Users will be able to select between different modes like 360 rotation etc. Similarly, whenever you will move from one screen to another, the icons will show 3D animations for same and will amaze you.

It is available under bigboss repo for just $2.99. Vision tweak works on iOS 9 and later. It is compatible with iPhone 5 and later including iPod Touch.