Jailbreak fans and users should rejoice as team behind Installer 5, a Cydia alternative for iOS 11, has just been opened for beta testers. Hurry up as the seats are limited. 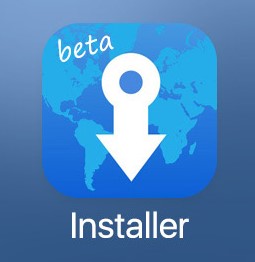 Ever since exploit in iOS 11 was discovered, there has been lot of advancements in jailbreak community. First iOS 11 jailbreak was released in form of LiberiOS. Later it was followed by Houdini11. Apart from these two tools, there are many other things for jailbreak lovers to get excited about.

Though iOS 11 jailbreak was released, but since it was un-expected, Saurik did not get time to update Cydia. It means that Cydia is not yet compatible with iOS 11, 11.1.2 and iOS 11.2. This makes iOS 11 jailbreak mostly useless for lot of people.

To solve this issue, some jailbreak developers went ahead and created Installer 5. It is a Cydia alternative that will let iOS 11 users to try out Cydia tweaks on their iDevices. There have been reports of Saurik working hard on updating Cydia substrate for iOS 11, but till now, the update is pending.

Installer 5 is best Cydia alternative in these conditions. However, it is still being worked on. It seems that now the wait for Installer 5 is getting less and less. Today the team behind Installer 5 has opened beta registration for limited number of testers.

From beta opening of Installer 5, we can conclude that the final version of Installer 5 for iOS 11 will be released in near future. Stay with us for more updates on iOS 11 jailbreak and Installer 5 update.

Things are changing rapidly in the iOS and jailbreak world. Were you able to get the information you needed in this article? If not, check the main homepage for more articles and updates that will help you with your jailbreak needs. Otherwise, leave us a comment below with your thoughts or questions.