Even before the public release of iOS 11.4 by Apple, we have got some good news. Houdini, the famous jailbreak tool run by Abraham is reported to be available for iOS 11.4. 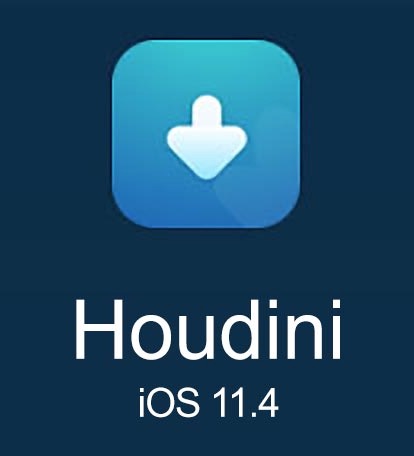 Video shared by social media by Abraham clearly shows Houdini being run on iPad, which is powered by iOS 11.4. The iPad is shown to have some Cydia tweaks installed.

Moreover, you can clearly see re-spring and add Cydia sources option on that iPad running on iOS 11.4. We are not yet sure why Abraham has chosen iPad to demonstrate Houdini iOS 11.4 untethered jailbreak.

So far, no details has been shared about the release date on iOS 11.4 Houdini jailbreak. In case you want to update your iOS device to iOS 11.4, you can do so without Apple’s developer account.

We will share update with you guys as soon as it is made available. Stay tuned and visit the site often to catch the updates!

For iOS enthusiasts, we just want to share the news that the release date of iOS 13 has been disclosed. We can expect to access the update in the middle of September, perhaps as soon as September 10, 2019. The Beta version of iOS 13 has been floating around for a few months now, and there have been a lot of articles published on the identified bugs and problems with the beta version (which are expected, it is beta, after all).

With iOS 13, we expect the new features available to include:

Not all devices will be compatible with iOS 13, such as:

Are you planning on updating to the new iOS 13? Let us know your thoughts in the comments section below.