Apple was successful in bringing back the wow effect it once had in Steve Jobs era. With iPhone X, we saw the same excitement among Apple fans. Appellancy Cydia tweak for iOS 11 brings this feature to older iDevices without requiring jailbreak. 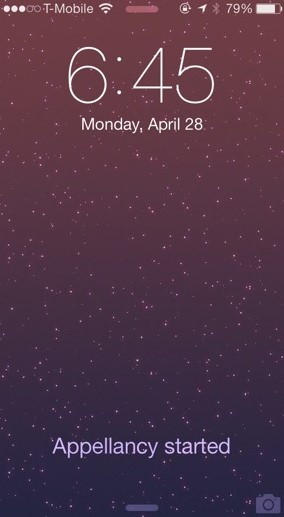 One of the most notable feature that iPhone X came with was facial recognition. Known as FaceID, it allow iPhone X owners to unlock their iPhone using their Faces. It replaces the old fingerprint sensor for security purposes.

As there is no TouchID in iPhone X, so FaceID is only an option in iPhone X. I have personally used the FaceID on iPhone X and it works like a charm. The major benefit of FaceID for me was that there is no more worry of wet hands not working with TouchID.

If you happen to own iPhone 8 Plus, 8, 7 Plus, 7, 6S, 6, SE or iPad Air/Mini and want to enjoy the FaceID on that device, then luckily there is a Cydia tweak available for that purpose.

Appellancy is a facial recognition Cydia tweak that is available under BigBoss repository. This tweak is still in beta phases and continuously being improved, however, still it is working perfectly.

Once you are done with installation of Appellancy Cydia tweak without jailbreaking your iPHone, the first thing you’ll notice will be its icon on the Home screen. Launch the app from there. Configure the FaceID on your older iPhone just like you used to setup TouchID. After showing your face in various dimensions to your iPhone, it will save your face.

Appellancy comes with a very neat user interface, so its configuration won’t be an issue. As soon as you launch the app, you will be guided to add your photo for facial recognition. Try to add more photos to Appellancy for iOS 11, so it makes it more smart.

After uploading/taking your photo in Appellancy for iOS 11 on your older iPhone, next stage is testing. Lock your iPhone and then try unlocking it using your FaceID. If it is unlocked successfully, it means that Appellancy is working on your older iDevice.

While Appellancy is not as perfect as FaceID in iPhone X, but it is one of the best Cydia tweak to bring Facial recognition to older un-supported iPhone 8, 8 Plus, 7 Plus, 6S, SE or iPad without requiring jaibreak.

Did you find the information you were looking for? Let us know if you have questions in the comments section.